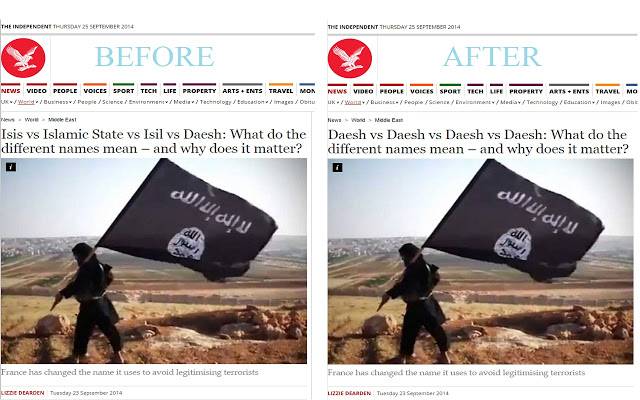 Lately there have been a lot of kidnappings and summary executions of several innocent journalists, aid workers by this dreaded terrorist group. We need to deal with such people on our own terms and that includes not giving them any honor such as choosing a name of martyrdom. In fact the name Daesh degrades them and what they stand for. So lets start using that name and not give them an inch of propaganda space on the internet.

Snippets by The Hustle