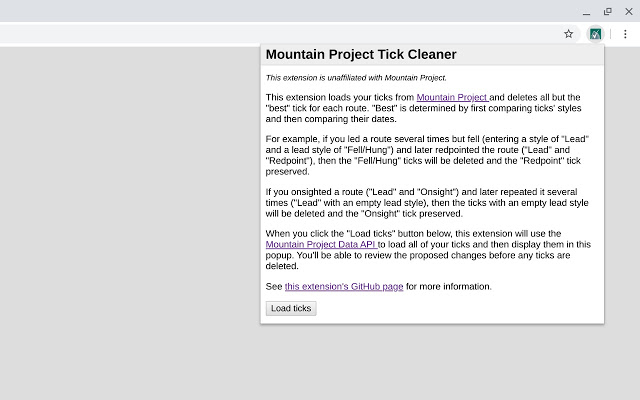 This extension deletes repeated ticks on Mountain Project. For each route that you’ve climbed, all ticks except for the “best” one will be deleted. “Best” is defined as follows: