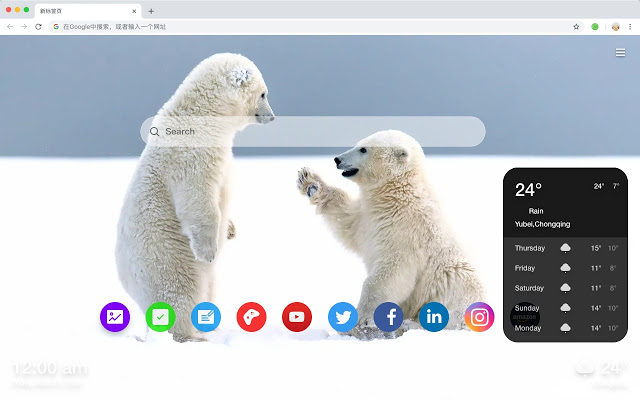 The polar bear is an animal of the genus Ursus, the world’s largest terrestrial carnivore, also known as the white bear. The skin is black, because the hair is transparent, the appearance is usually white, and there are also colors such as yellow, which are huge and fierce.
Polar bears have the same vision and hearing as humans, but their sense of smell is extremely sensitive, 7 times that of dogs; the fastest speed when running is 60km/h, which is 1.5 times that of the world’s 100m champion. As the global temperature rises, the ice floes in the Arctic gradually begin to melt, and the homeland of the polar bears has been destroyed to a certain extent. It is likely to become extinct in the near future and needs human protection. The polar bear’s big foot makes it possible to use the forefoot as a “paddle” to swim in the water, while the wide hind foot is used to walk on the ice and in the snow.