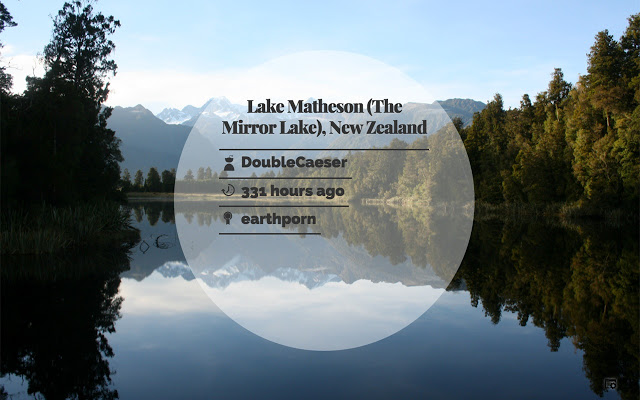 Please note that EarthTab is still in Beta. Although this published version should be bug-free, there may still be a few issues that persist. As well, there are a few features that have been requested, some of which will be added before the official 1.0 release.

Reddit has a treasure trove of beautiful images of Earth, submitted tirelessly around the clock. EarthTab uses these images as backgrounds for your new tabs, offering you a pleasant look at images the Reddit community has declared spectacular.

You can set which specific nature subreddits you would like to pull images from, as well as the frequency that new images are looked for.

This is an open-source project, the source for which is available on GitHub here: https://github.com/himynameisdave/EarthTab

Built by Dave Lunny in the beautiful year 2015. http://himynameisdave.com