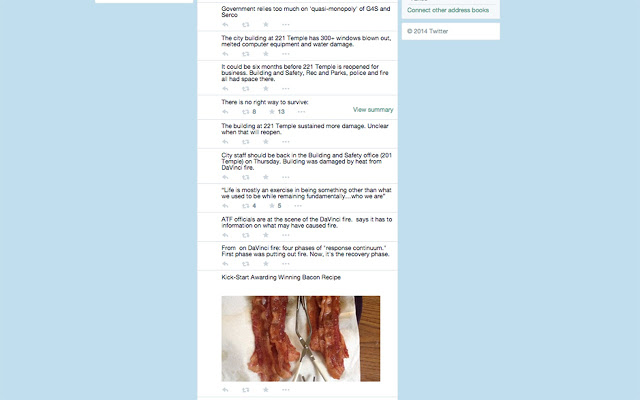 Twitter markets itself as wholly democratic, but whether you are conscious of it or not, you assign differing amounts of credibility to tweets based on who publishes them. What would happen if your Twitter feed, normally a combination of these things, was anonymized so that you had no idea where each tweet came from?

The idea behind Anonymizer for Twitter is that all content should be evaluated at face value. The validity of a 140-character tweet shouldn’t be determined by its source, but by the information that is being broadcasted to the interwebs.

Download Anonymizer for Twitter only if you are ready to challenge your notion of what a tweet means, and ask yourself how you determine credibility on this modern-day aggregator of media.