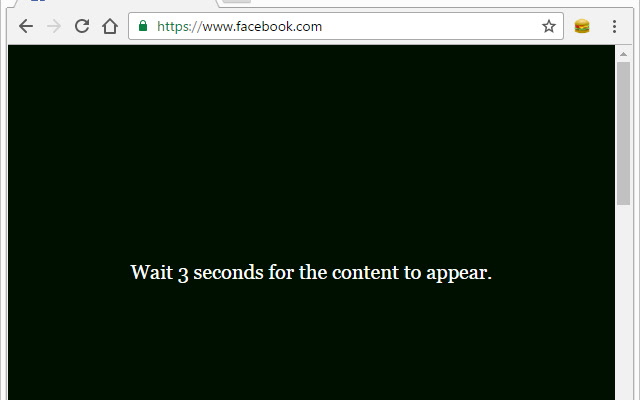 This is a Chrome extension for discouraging use of attention-sucking
websites such as Facebook or Reddit. The idea behind Crackbook is that delaying
access to the website is more effective than straight blocking because you
are less likely to just disable the block after a while.

The extension will delay every hit to blacklisted site. The delay is just
a few seconds initially, but it increases slightly on every hit.

Revival Changes:
– Removed attempted reporting of anonymous usage data (which wasn’t working anyway due to original site being offline).
– Delay timer resets on specified intervals (which was already in the original repository but was not published on the store).
– Hide scrollbars until the content is revealed.
– Some fixes for the history graph.
– Some fixes for the options interface.
– Add option to use a blurred overlay – courtesy of @prettymuchbryce
– Pause video and audio in the background – courtesy of @nickwb
– Other minor fixes.