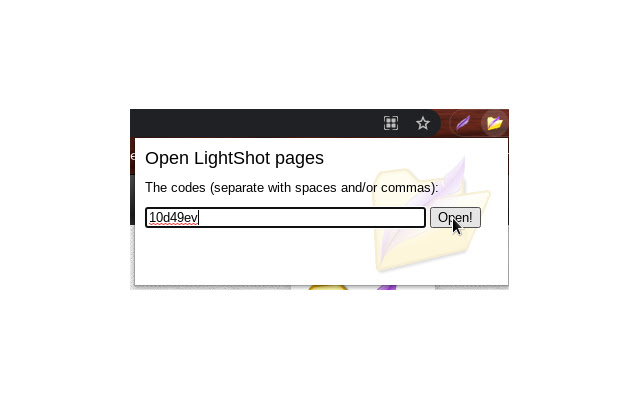 Open LightShot pages by typing only their codes. The codes shorter than 6 characters, will be prepended by the corresponding characters from the previously used code.

The tabs are opened in the order that is reverse from the order in which the codes were given, and the last tab is activated.

This is useful for various Flash games where users publish the screenshots of their reports, but the links themselves cannot be copy/pasted. With this extension, you just have to retype the codes (in a popup, while your game’s tab is still open), and the screenshots will be opened in new tabs.